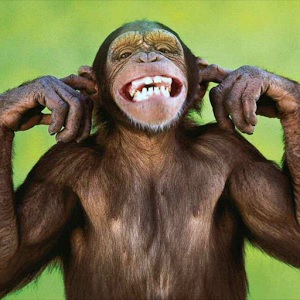 Monkeys could talk so why don’t they?

This is the title of a recent article in New Scientist
“It seems that the anatomy of their vocal tract is theoretically capable of producing the five basic vowel sounds on which most human languages are based – and these could be used to form intelligible sentences….’What we’ve discovered is that the monkey vocal anatomy is capable of creating speech intelligible to us,’ says Ghazanfar. But, he says, the macaques lack a speech-ready brain to control it.”
Not only that, but, based on the fossil record they have been around for millions more years than us.
What’s going on- only we speak! Why?
“And He blew into his nostrils the soul of life; and man became a living being.” (Genesis 2:19). This is the Genesis account of how man acquired his divine soul. “Living being” is interpreted as “a speaking spirit.” Thus the biblical position is that humans are uniquely endowed with the power to speak. In fact, according to the Bible it is language and the ability for abstract reasoning that differentiate humans from animals, and in particular from apes.
The Broken Gift: Harmonizing the Biblical and scientific accounts of human origins, addresses all unique human characteristics, from the biblical and scientific perspective, showing remarkable agreement between scripture and the latest peer reviewed science. In particular, it shows that speech is a uniquely human ability and is innate.

Genesis God human evolution in the image of God speach